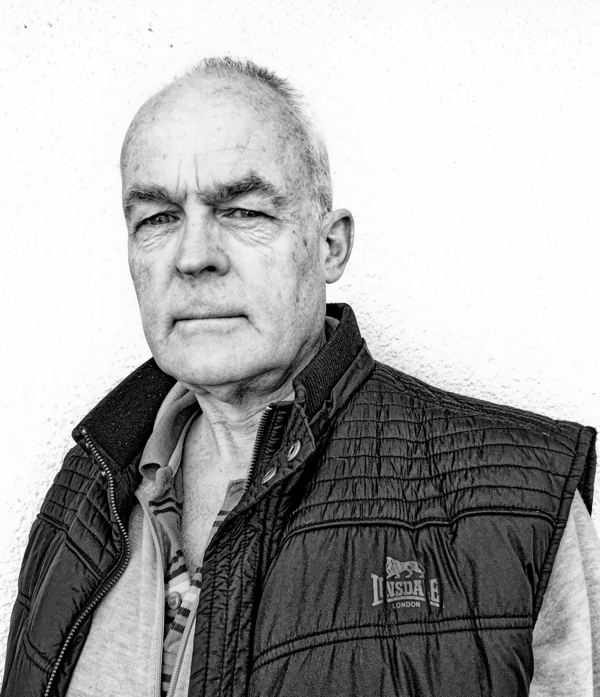 I work in Canberra, the capital city of Australia, as a scientific illustrator, animator, fine artist, and science fiction writer.

Read more in MY FREE Art Book, BRICKS OF PERCEPTION.

I studied graphic design in the late 70s, after spending two years at dental school. In 1981, I started in traditional hospital-based medical illustration, using pen and ink and watercolour, well before computers became commonplace in design. Then came a long stint in university-based medical video production (including two years at Stanford University in the early '80s). During the mid-80s I used a very high-end digital paint system (the Quantel Paintbox) for video graphics. The Paintbox introduced me to the digitising pen and tablet, and so I used a computer pen long before a mouse. In 1997 I received a Graduate Diploma in Electronic Arts from the Australian National University.

FILM AWARDS: My first was a CINE Golden Eagle in 1984 while working at Stanford. 39 more awards followed for the videos I worked on. 35 of those were for videos that I directed, including Gold at Worldfest Houston, and Silver at the British Medical Association.

PUBLISHED: Everywhere, from Playboy to Nature. In Scientific American, New Scientist, and the BMJ. On the BBC and in Reader's Digest. On the NASA site. In the Richard Dawkins book The Greatest Show on Earth. In newspapers and museums, on websites, in trade shows, and as posters in schools (BioCam).

BUYING IMAGES ON THIS SITE: My images are available as Rights-Managed (RM) licenses and as Rights Ready (RR) and as Academic Licences. RR are simple permission bundles. The price is calculated according to the use, size, distribution etc. You can pay using PayPal, MasterCard, Visa, & American Express. Once payment has arrived the image(s) and animation(s) will be available for download via a link sent to your email address.

MERCHANDISE: Most of my images are available as framed art prints, metal prints, cushions, duvet covers, phone cases, and more. Links are in the side panel on the left. Easy link: scientific.graphics.

θπ.com points to my maths graphics. It uses the Greek letters theta θ and pi π. Theta is a circle with a diameter, and pi (the mathematical constant) is the relationship between the diameter and circumference (perimeter) of the circle: circumference = diameter x pi. Visually nice, but rather obscure.

νη.com uses the Greek letters nu (ν) + eta (η) (new-eater), another pun using Greek letters. They look a bit like v and n, the first and last letters of vegan, so it points to my vegan graphics.